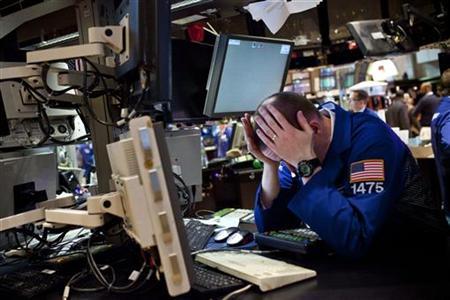 So the May NFP report was released today, and it was nothing short of horrendous for the U.S. economy. On expectations of 150,000 jobs created, the actual figure came in at 69,000 AFTER factoring in an addition of 204,000 jobs through the spurious Birth/Death Adjustment, and the unemployment rate rose slightly from 8.1% to 8.2%. What’s interesting here is not the fact that the U.S. jobs market is deteriorating and threatening to consume the U.S. economic “recovery” that never was or never could be – we already knew that was going to happen this year with near certainty. What’s interesting to me is the sheer scale of the deterioration.

Previously, I was of the view that the Administration and its corporate owners would goose the data and the markets every which way possible for a few more months, until elections were over and done with. In Who Killed the Money Printer?, I suggested that this manipulation would put a lot of pressure on Bernanke and the Fed to refrain from implementing further quantitative easing programs. With the new report out (you can find the gritty details here), though, it is time to re-evaluate the situation a bit. Where before there was almost no opening for the Fed to squeeze through monetary easing, now there is a much wider opening.

It is not only the NFP report which has widened the opening, but also the sharp deterioration in other domestic economic data sets, such as ISM manufacturing, Chicago PMI, ADP employment, etc., and the general down-slide in stocks over the last few weeks in the context of an especially rotten Facebook IPO. In addition, we have general deterioration in economic indicators around the world and especially in Europe, where the intensity of the Eurozone sovereign/banking crises has obviously also grown to epic proportions. All of these things lend further support for CB intervention. 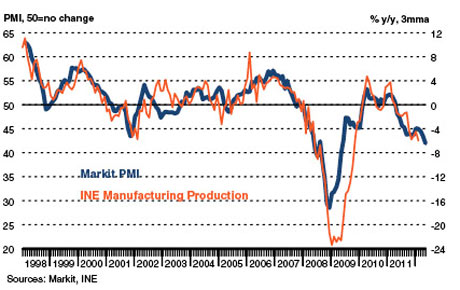 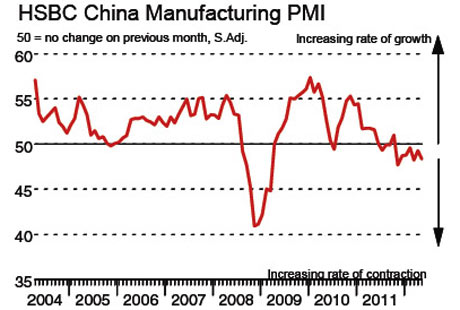 The markets are reacting a bit counter-intuitively to all of this – the major stock indices are all down a whopping 2%, while gold is surging up by 3%. I think it is obvious that the latter is finding its rapid (yet short-lived?) momentum from the idea that the Fed will have all the justification it needs to announce a new QE program in June. That’s true – it will. But, why aren’t stocks sharing in gold’s enthusiasm about the imminent prospects for another dollar liquidity tsunami? In what form and at what scale will any of this new QE take place?

Perhaps the equity markets now realize that the Fed is not as powerful as it seemed to be last year or the year before (see Why Liquidity is No Longer Enough). If the Fed extends its Operation Twist program OR decides to proceed with “sterilized” QE, then most money managers will not feel relieved of market pressures at all (Get Ready to be Disappointed With ‘Sterilized’ QE). If, instead, the Fed brings out a QE bazooka of $1 trillion+ in asset purchases, then they may still end up feeling a bit queasy. How does that $1T or so really stack up against the tens of trillions worth of troubled debt-assets and derivatives that are deleveraging across Europe and in the U.S.?

And what will the Fed purchase – Treasuries? Can those rates even go any lower at this point? We may have finally reached the time at which QE3 is an imminent possibility (within a month), after many months of people screaming that it was perpetually around the corner, but that time may turn out be quite anti-climactic. Will QE3 actually have any bite left behind its relentless bark, or will it quickly fizzle out like a weak dose of Alka Seltzer in a tiny cup of water? It seems that, as of right now, the equity markets are leaning heavily towards the latter.

Politically, I usually shy away from pure speculations, but I will make an exception here – it seems to me that this dismal NFP report is a blatant attack on Obama’s chances for relection by those with enough power/influence within the government. After all, we are all well aware of the lengths the Bureau of Labor Statistics can go to if they want to make a report appear significantly more favorable than it really is. Perhaps this report was SO bad that no amount of massaging could save it, but perhaps there are some with control over the BLS who did not want to save it. Justification for QE3 is certainly one part of this equation, but the ousting of President Obama and the “coronation” of Don Romney may be the other part.