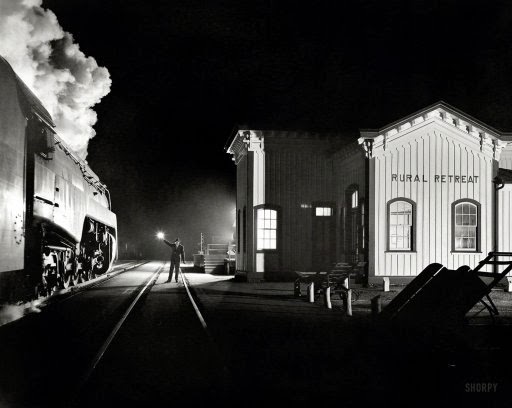 If your answer to that question is affirmative, I suggest you take a good hard look at what’s coming out of Detroit these days. Why don’t we just call it a bail-in model, not unlike Cyprus, where the waters are tested for forcing parties who historically thought they were safe from cuts, find they no longer are.

And if you think Detroit is the only American city that has these kinds of problems, think again. It’s merely the first, count on it. It’s not just an American issue either, of course, and although retirements plans are set up in myriad different ways, they have one thing in common: they are in essence pyramid schemes, eat your heart out Charles Ponzi, and it’s just a matter of time before the walls start crumbling.

But it’s not just that. The game is stacked and fixed in favor of certain parties at the cost of others. We can all grasp how, without even knowing any details, because we should know how America, and the world at large, works these days. All games are fixed.

If you still have trouble understanding what is going on here, please do read Nicole Foss’ Promises, Promises … Detroit, Pensions, Bondholders And Super-Priority Derivatives from early September. Here’s one quote from that article:

Promises that cannot be kept will not be kept. It is as simple as that. To complicate matters, however, the architecture of the financial system prioritizes promises, in a perhaps counter-intuitive, and certainly self-serving, manner. This will make the task of allocating extremely scarce resources to stakeholders lower down the financial food chain very much more difficult. It is time for a good look at the range of promises made, the competing needs of the recipients, the leverage enjoyed by powerful players in shoring up their own position, and the real world implications for municipalities far beyond Detroit.

And here’s another one:

Both pensioners and general obligation bond holders argue that they should have priority in claiming from the city’s inadequate assets in bankruptcy. However, a different class of creditor has legally senior status. Holders of financial derivatives enjoy super-priority in bankruptcy. Thanks to changes to bankruptcy law in 2005, they are not subject to the ‘automatic stay’ provision intended to prevent a disorderly grab for collateral by competing creditors. As such, they are able to press their claim immediately, prior to bankruptcy proceedings and therefore before claims by competing creditors are considered. This may potentially leave nothing for other creditors to divide during subsequent proceedings.

The piece below is from Fox of all sources, but in this case that doesn’t make much difference: it is abundantly clear what’s going on. Still, it’s curious to say the least that this comes out only now there’s a trial going on to determine whether or not Detroit is indeed bankrupt, and is eligible to file for it.

It was the politicians, and not longtime city workers like Olivia Gillon, who brought Detroit to the brink of insolvency, but now Gillon can only watch as lawyers negotiating the Motor City’s bankruptcy bid place a new value on her hard-earned pension: 16 cents on the dollar.

The beleaguered city, facing debt of as much as $20 billion and led by a state-appointed manager, tried nearly a year ago to renegotiate with creditors. When those talks broke down, the city filed for bankruptcy last July, but the filing was ruled unconstitutional by a judge. A series of state and federal rulings followed, culminating in a trial that began last week in which the city must show it is eligible to enter bankruptcy. That’s when the frightening magnitude of the “haircut” being sought for some 21,000 retirees emerged.

“It’s wrong on every possible level,” Gillon, 68, told FoxNews.com. “I earned my pension. I retired expecting it and I feel that I should have it.”

The retirees include police officers, firefighters and other municipal workers, but not teachers, who are covered by a state-administered system. The affected workers have been promised some $3.5 billion in pension payments and another $6 billion in health care benefits, money most agree the city can’t pay. But for a retiree counting on a modest annual pension of, say $30,000, the proposed cut would leave him or her with $4,800. Of all the once-proud city’s creditors, including banks, vendors and bondholders, retired workers are the least able to take the hit, said Gillon.

“Some people are going to be hit hard,” Gillon told FoxNews.com. “I’ll have to change the way I live.”

Gillon is a member of the Detroit Retired City Employees Association, which, together with the Retired Detroit Police & Fire Fighters Association, represent about 70% of the city’s approximately 21,000 retirees. Along with the Michigan chapter of the American Federation of State, County & Municipal Employees, they are fighting the bid by claiming the city of Detroit has not proven it is insolvent, has not negotiated in good faith with its creditors and the bankruptcy filing violates the state constitution protecting retirement benefits for public workers.

Bob Gordon, who represents the two pension funds, argued in court last week that the city can restructure without cutting pensions, which are protected by the state in a manner that he said is “binding” and “impermeable.” The Michigan state constitution does contain a provision that bans any action that threatens to cut the pension benefits of public employees, but several experts have said the federal bankruptcy code would trump the state statute, especially if the city can demonstrate it has no way of making an estimated 100,000 creditors whole.

The Michigan-based Mackinac Center for Public Policy, which sounded a warning about Detroit’s fiscal problems more than a decade ago, said the old-style defined benefits pensions that have long been a centerpiece of civil service leave pensioners at the mercy of politicians.

“It’s just another example of the flaws of a defined pension system,” said Ted O’Neil, a Mackinac analyst. “The problem with putting trust in government to invest and save your money is that they don’t always make the best choices.”People who worked hard for their pension many end up being scapegoats,” he added.

Indeed, the Mackinac 2000 study looks prophetic now: “If Detroit’s future expenditures were relatively stable, this financial snapshot still would be cause for concern. But the city is looking at two new outlays of monstrous proportions: funding the pension obligations of current and future city employees, which could cost up to $3 billion, and fulfilling requirements under several federal environmental acts, which will cost billions more,” read the report.

The 16 cents on the dollar estimate could be a message to unions, which previously refused to negotiate cuts.

Reading this reminded me of a very old song, I can’t remember the name or artist, it goes something like this:

“The Birmingham Special gets the highball at Rural Retreat, Virginia.”

Home › Forums › Still Feel Confident About Collecting Your Pension After This?