This is another piece I received today from Bruce Wilds, a US Midwest business owner I earlier featured an article from two months ago. There are plenty issues I have issues with here, but I’m not going to stand in the way of the US midwest being heard as it hurts the way it does. I mean, I’m in Athens Greece. The US Midwesterners are definitely not. I am most willing to cede the stage.

Update: I see Bruce has gotten this piece on ZeroHedge too. Which happened only because I published his piece 2 months ago. So be it. I’m still supportive. The US midwest will resemble a warzone. And, you know, it lends an extra dimension to “the importance of where and what”, which in Bruce’s original headline read “The Importance Of Where And What Consumers Buy”. Headlins, they ain’t kids’ play.

Bruce Wilds: How people spend their money has more impact on the economy than most people realize. What consumers buy matters a great deal. When looking at the policies flowing out of Washington it is clear many politicians seem to have no idea that all consumer spending and purchases are not created equal. Certain purchases result in money bouncing around a community sparking future economic growth which enriches everyone. Other purchases simply give the money wings allowing it to exit not only the community but often the country.

Many economists point to the consumer as being the lynch-pin to our economy.  Given that retail sales make up roughly 40% of personal consumption expenditures which in turn comprise roughly 70% of our GDP, their impact on the economy is important. These numbers, however, only tell a small part of the story. Sadly, because of economic laziness or ignorance, this is where the link between how and where money is spent gets lost in the noise. Ironically while President Trump decries our trade deficit he seems unable to put one and one together and understand it is shortsighted consumers driving the deficit.

A detailed breakdown of how people receiving a stimulus check would provide a great deal of information about the finances of individual Americans. It would also be very interesting to randomly delve deep into the finances of a few hundred Americans and learn the truth about where we stand. By deep, I mean looking at where they get their income, debt, total obligations, savings, retirement plans, net worth, the whole caboodle. This kind of deep economic discovery has never been done to my knowledge but instead, we tend to garner our information from superficial polls.

An article by Lance Roberts that appeared on Real Investment Advice took a shot at explaining the bounce we just saw in retail sales at a time many consumers are tapped out. Robert wrote you should “never count the consumer out,” as they always find a way to go further into debt because psychologically, consumers are “trained” to “shop till they drop.” He claims that as long as individuals have a paycheck; they will spend it. Give them a tax refund; they will spend it. Issue them a credit card; they will max it out. Give them a government stimulus check; they will spend it as well. Don’t believe me, then why is consumer debt at record levels? 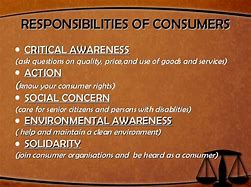 The fact is, consumers should take a long look at how their purchases will impact the economy over time. Robert makes the point that most consumers will spend if they have or can borrow the money. Taking this to the next level, few people realize what is registered as growth does not necessarily transfer into economic strength. This point is something that has been covered time and time again on this blog in articles such as, Healthcare Spending Wrongly Feeds Our GDP, and Economic Growth Does Not Equal Economic Strength.

The following examples highlight this matter. Just for fun imagine the money allowing for these purchases is flowing from the recent 2.3 trillion dollar CARES Act.

Many of our economic problems stem from the many consumers out there making poor decisions. This includes things such as paying too much for a car they cannot afford or maintain.These automobiles generally do not last long and often get put on a hook. The least responsible consumers tend not to fulfill obligations due but to take on new debt and squander every penny they can lay their hands on. Online shopping and companies such as Amazon are like heroin to an addict when it comes to promoting spending that destroys real economic strength.

Those people that have chosen to skip paying the essentials such as home mortgages and rent will most likely come to regret it as they are hit with penalties and their actions come back to haunt them. The elephant in the room when it comes to growing the economy is how “the broken window theory” is spun and interpreted. The gist of this theory is that if a hooligan breaks the window of a bakery, the subsequent repair expenditures by the baker will have no net benefits for the economy. Interestingly, it is not uncommon to see destruction touted as a good thing because it promotes spending. The idea destruction is good based on this reasoning discounts several facts.

One has to do with where the money is coming from but whether it is from an insurance company or the baker it still means the money is diverted from being used on another purchase. Repairing a broken window is maintenance spending which doesn’t improve growth because it doesn’t improve productivity; it would have occurred anyway. The only thing a broken window does is it makes the maintenance spending occur earlier, lowering the use life of the window. While maintenance spending may keep the economy going it doesn’t provide a boost. Instead, it is better to invest the money in something which creates wealth by increasing productivity.

Many people and even economists have real misconceptions as to how the economy works. Where money flows and who it enriches is a key component of economics, the failure to consider this is a blind spot many people have. After years of being told everything revolves around spending, this diminishes the important role savings plays in the scheme of a balanced economy. Fans of Keynesian economics that encourage government spending to stabilize the economy during a downturn tend to discount the importance that where and how money is spent matters a great deal.

Home › Forums › The Importance Of Where And What