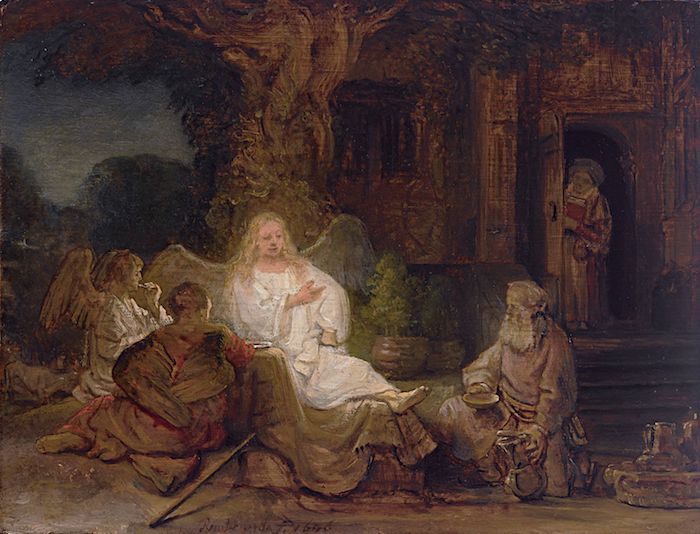 A little thought experiment that should have been much more, but for which time now has passed: What would various governments and their science advisers have done if lockdowns would have been impossible, due to a legal decision or some other reason? Presumably, they would have had to think of other means to stop COVID from spreading.

They would have had to be creative, which feels like the opposite of lockdown. Seen in that way, a lockdown is simply an extremely lazy way to approach a problem such as COVID. And though lockdowns are not new or unique, they have never, or very rarely, been used to lock up/down entire populations of perfectly healthy people.

Whether these people will still be healthy once the lockdown is lifted remains to be seen. It’s also very lazy to just assume that everyone will be mentally tip-top after seeing their social lives ground to a halt for a year or more. Humans live in herds, they do not live alone; it’s one of the most defining characteristics of the species.

Why all that laziness? It would appear to be due to a combination of panic, incompetence and lack of knowledge. If and when politicians get their “expert” advice only from virologists and epidemiologists, it’s obvious that most science falls by the wayside. To assess the effects of a lockdown, before, during and after it is implemented, you would need a much broader level of expertise.

Still, how many psychologists and psychiatrists have you seen in all the government “expert” committees? I’ve said before, they’re not listening to “the science”, they’re at best listening to “a science”, and in reality to just a very little bit of science.

Of course, the blunt refusal to do any kind of research into the mental health threats posed by lockdowns does not stand alone. There’s also the evenly blunt refusal to look at substances that can serve as prophylaxis. A topic the Automatic Earth has covered to such an extent that it feels almost embarrassing to bring it up yet another time.

And we still don’t know why there is no large scale investigation of the potential of vitamin D, HCQ and ivermectin to counter COVID infections and mortality. Premeditated murder? That’s a big term, can you use it when deaths are the result of sheer incompetence?

But there’s certainly a serious possibility that the absence of prophylactics has caused thousands of deaths and millions of infections. We will probably never know for sure, because no-one will research it. It’s a vicious circle of blunt incompetence justifying its own mistakes and laziness.

And make no mistake: if these cheap prophylactics, proven harmless through decades of being provided to 10s or 100s of millions of people, would have been only half as successful as their advocates claim, not only would more lives have been saved than we can count, but the entire lockdown policies may well have been avoided. Health care systems might not have been under strain, entire industries, indeed the whole economy, might have been able to keep functioning.

Instead, we are told to get vaccinated -or else-, injecting substances into our veins that have never been properly tested. Can we offer 100% evidence that vitamin D, HCQ and ivermectin would have -mostly- prevented the pandemic? No, we can’t, but in the same way that we have no proof the vaccines are safe or successful: a refusal to do proper testing. It all hangs together from laziness and lack of knowledge.

Similarly, perhaps the experimental vaccines will solve part of the COVID problem. But so would the prophylactics have. We can discuss how big a part either would have solved, but not only is that in the future, we will also be told only half a story, because we never tested the prophylactics.

There are plenty negative stories about all of them, but those are mostly based on faulty experiments, on giving people large doses of HCQ and vit. D when they’re already gravely ill. These stories don’t prove anything other than bad intentions on the part of those who tell them.

One thing is for sure: the vaccines will be challenged by new strains of the virus at some point, and there’s no guarantee they can be adapted for those strains. The prophylactics have no such issue. Boosting your immune system provides you with overall protection. And you don’t need 100%: bring down infections by 50%, and everything changes.

To get back to lockdowns: the way I personally experience the one here in Athens is that life itself is standing still. And that feels weirder by the day. If you ask people how it affects them, they can’t really answer, because it’s the first time they’ve ever lived through one. How would they know how it will affect them long term? The best they can do is say that it sucks.

For the elderly it means having to spend their last years and days in near absolute solitude. If you would ask them, many would say: just give me the virus, as long as I can see my children and grandchildren and friends while I’m still alive. But nobody asks them. They spent their entire lives just to be silenced. In order to eradicate a virus, we eradicate the very people who built the world we inherited from them.

For the very young it means stunted development. There is a ton of literature about how the first 5 or 10 years shape a child for life. Well, we just took a full year and counting away from that shape. We have no way of knowing to what extent that will affect them, but it won’t be zero. People are adaptive, sure, but that can be a negative thing just as much as a positive one. Caged animals adapt too; with neurosis. Children need to interact with each other, and with adults, to find their place in the world. How are they going to find that place now? For all of the rest of us, we don’t know either. We can only guess.

Meanwhile, there’s not only the prophylactics that are ignored, we also have the exact same PCR tests used for a year, whose own inventor says they’re not fit for the purpose, we have facemasks on every weak immune system for which it’s doubtful that they have much effect, unless they’re N95, FFP2-3, and even then.

And we have an almost complete lack of attention for the fact that we now know the virus is airborne, and doesn’t stick to surfaces. From which follows the lack of scrutiny of air filtration systems, HVAC, HEPA, that might actually help, and perhaps allow schools, restaurants etc. to open up again. Lazy, shoddy, hardly science.

There can be no doubt that at some point in the future we will define something as the Lockdown Syndrome. What it will look like, we don’t know. It will be somethinng similar to what Long Covid is today. But it will be sold as inevitable, and that is a very doubtful take. Because it’s man made. We made the syndrome. We’re creating it as we speak. Day by empty, lazy and incompetent day.

We’ve basically accepted that a virus is superior to us, we threw the towel, even if just temporarily. And then we say we rely on science to beat it, but only if that science is brand new. Older science need not apply. We’re not a very confident species, then, are we? If we were, we’d have said: screw you, we’ll keep on doing what we did before.