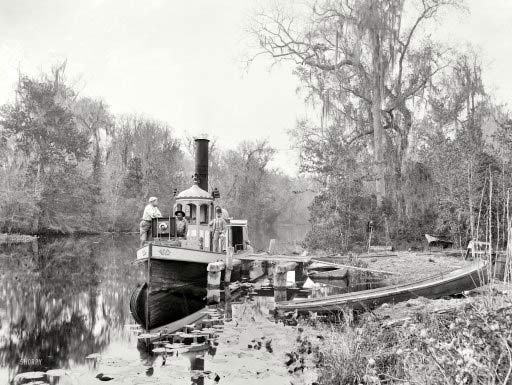 Here at TAE, we like to apply the insights of systems theory to our global economic, financial, energy and environmental systems and think in big picture terms about how these systems evolve and interact. That is why, for example, we don’t look at the S&P500 breaching 1400 as a sign that every major economic issue has been resolved and it is all smooth sailing from here. Indeed, the big picture perspective tells us it’s only a matter of time, most likely weeks, before old issues in new disguises crop up and fear grips the collective once again.

The “problem” with complex systems analysis, if you want to call it a problem, is that it doesn’t necessarily unfold in terms that are predictable, convenient, exacting and numbers-specific. In cultures that have evolved to value all of those things, it’s difficult for people to understand why this perspective is so important. Fortunately, through the use of modern computer technology, there are ways in which we can visualize important aspects of these complex systems, such as emergent behaviors.

There are obviously no perfect representations of reality, but agent-based models can still provide valuable insights into complex dynamics. Which brings us to the following guest post, written by Jerry Mcmanus. It is an introduction to the development of agent-based models and, specifically, the modeling of collective human behavior.

�The fox knows many things but the hedgehog knows one big thing.� � Archilochus

We all carry with us in our heads a worldview, or mental model, of how the world works and our place in it. These worldviews are shaped throughout life from a number of influences, family, school, church, peers, but we rarely stop to examine these models, or to question the assumptions behind them.

UC Berkeley Professor Philip Tetlock in a study of the accuracy of predictions found that people who carry many models in their head, the foxes, are right far more often than people who carry one big model, the hedgehogs. Even better than foxes, however, are people who can create formal models. These are people who can put their assumptions about the world on paper (or rather a computer), and then test those models by running simulations through time with them.

People often misinterpret the purpose of formal models, thinking the intent is to make exact predictions, but this is only true in cases where precision is really needed such as engineering or physics. There is a whole world of complex systems and behaviors out there that is far more qualitative than quantitative, far more subjective than objective, far more unexpected and unpredictable, but this world too can be explored using models. Not with precise tools like those used in engineering, but with tools like agent based models.

What are agent based models?

Agent based models are at their heart a set of simple rules for behavior that are applied iteratively across a collection of agents, typically represented as cells on a grid. In fact, some of the very early models were developed not on early computers, but on playing boards from the game “go“. Each iteration represents a step in time, and the outcome of the rules for a given time step is represented by the visual state of the agents, usually a change in color or position on the grid.

Note that these are simple rules based models and not behavioral or “rational actor” models familiar to economics and game theory.

One of the very first agent based models was John Conway’s “game of life“, also known as Cellular Automata. In this model a grid cell, or agent, has only two states: either alive or dead. Each agent is given two very simple rules for behavior:

(1) If the agent is already alive then the agent will only stay alive if 2 or 3 neighbors are also alive, otherwise it will die.

(2) If an agent is currently dead, then the agent will come to life if exactly 3 neighbors are alive, otherwise it will stay dead.

Sounds simple enough, but what came next was a real surprise. Depending on the starting configuration of the grid, those two simple rules when applied iteratively across all grid cells would often give rise to very complex patterns. When run over a number of time steps there also would arise complex “motions”, not because the agents themselves were moving, they only had the two states of alive or dead, but because the patterns formed would exhibit aggregate behavior that appeared to grow and move across the grid.

This was perhaps the most surprising observation of all, that a few very simple rules applied iteratively across a collection of agents could self organize into very complex patterns and behavior. Yet there was no way that outcome could have been predicted from the simple behavior rules alone. It was entirely emergent from the aggregate behavior of all the agents collectively.

This observation that agent based models can have unexpected behavior, that the macro behavior of agents is more than the sum of their micro motives, was further explored by Thomas Schelling in a model of social segregation. It has been observed that large cities typically have similar patterns of racial and economic segregation.

This implies that at the individual level people have some tendency to be snobs or racist, but if you ask people most will say with some honesty that no, they are okay with a mixed neighborhood. Schelling tested this by creating an agent based model that gave each agent a threshold for how many neighbors of a different race or class could be tolerated. Beyond a given threshold the agent would move to a random empty spot on the grid until the threshold was tested again at the next time step. When all the agents were finally “happy” the simulation would stop.

What happened next was a surprise. Even when agents had fairly low thresholds, that is they could tolerate a fairly high number of different neighbors, there still occurred a high level of sorting behavior and patterns of distinct segregation emerged just like those seen in actual cities.

Fig 3. Agents in Schelling’s segregation model, starting with a random distribution on the left. Even with a low threshold of 40% similar, which is a fairly high tolerance for 6 out of 10 “different” neighbors, the end result on the right is segregation with agents enjoying 80% similar neighbors.

Once again, we see unexpected collective behavior not predicted by individual behavior rules. Complex systems self-organize, not from top down directives or even from strong individual motives, but from simple rules that lead to emergent aggregate behavior.

Mass movements of all kinds, social, political, economic, can be hard to predict. What are the factors that prompt some people to join in collective action, but not others? In Mark Granovetter’s model of peer effects we explore this question of tipping points. Each individual agent is given a threshold representing the number of other agents that must be seen participating in an activity before the agent will join in.

Thus the simple behavior rule can be stated as:

In this example we look at a fictional fashion movement that asks how many agents can be prompted to wear a purple hat.

The agents in the second scenario also have low thresholds. However, no agent has a threshold of 0 and therefore no agents start wearing a purple hat.

In the third scenario there is a high diversity of thresholds. The average threshold of the group is 2.5, which would seem to indicate that most of the agents would prefer not to wear a purple hat. However, because agent 1 has a threshold of 0 this prompts agent 2, which in turn prompts agent 3, and so on until all the agents are wearing purple hats. One agent was able to act as “the tail that wags the dog” and prompt a group with a diversity of relatively high thresholds to join in and wear purple hats.

Thus we see that given the presence of at least a few “extremists” who initiate an action there are two scenarios that could lead to a mass movement. First, a low diversity of low thresholds in which everyone is more or less predisposed to peer effect and easily prompted to action. Second, a high diversity of thresholds in which the more who join, the more likely those with high thresholds will also join. The tail wagging the dog, so to speak.

Obviously complex adaptive societies and human behavior are far more complicated than these simple models can even begin to capture, and there are a number of other agent based models that explore the world in more detail. But, if our goal is to be better thinkers about the world, then even these few simple formal models are going to help us improve our mental models – to help us to be foxes instead of hedgehogs.

Now when we see reports about mass protests and other uprisings we have some simple models of collective behavior that can help us think more clearly about these events. For example, the recent Arab Spring, in which protests turned to revolutions that swept nations. Entire regimes fell before the masses of people out on the street. Was it because people collectively had very low thresholds for action, and therefore were already primed for revolution? That may easily be true for one area, maybe even a whole country, but extrapolating that across the entire region seems a bit of a stretch. Perhaps it was more an example of a few high visibility events, such as what happened in Tunisia, acting as the “tail wagging the dog” and provoking people with a diversity of thresholds into action.

The Occupy Wall Street movement, on the other hand, has so far barely made a ripple. Why? Is it because peoples thresholds are still too high for a mass movement to take off? Would a few more high visibility events make a difference in provoking people to action? Considering the media attention that the movement attracted at its height, it is probably the former. Should, however, economic or political events conspire to lower people’s thresholds for action, then that could quickly change and we could see the movement take off again.