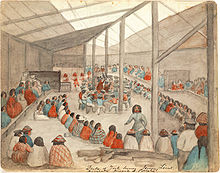 This is a critique of the theory of Freegold (F-theory), which is part of an ongoing series entitled, Freegold: Perspectives and Critiques (FPC).

The following is a critique of FOFOA and F-theory by Reverse Engineer (RE) originally published at his blog, the Doomstead Diner. I am re-posting parts of the critique here because I believe RE hits on some key points of contention. Advocates of F-theory generally accept the foundational tenets of Austrian economic theory, even though they rarely claim to rely on it. One of these tenets comes from Carl Menger’s work, The Origins of Money, and Ludvig von Mises’ “Regression Theorem” – they posited that the use of money in human society spontaneously evolved from self-interested individuals engaged in barter, and that this form of commerce is fundamental to the very concept of human existence.

As anthropologists have pointed out for decades, though, the empirical evidence does not support that theory at all. In fact, it may have been centralized or quasi-centralized institutions which originally led to the internal use of money within societies – a fact that isn’t very kosher with those who believe in the undying power of the market system. RE also touches on another major problem with F-theory, in so far as it fails to deal with issues of energy scarcity in upcoming years – a vital consideration for any theory purporting to describe what global society can implement and sustain. So, without further introduction, here are excerpts from RE’s critique.

I’ve been over the fallacies in the thought process of what conventional economists of both the Austrian and Keynesian variety come up with many times already, but I haven’t really addressed specifically the work of FOFOA. So I will do that here and now.

Like Ashvin, I will also make my disclaimer. I don’t profess a complete knowledge of WTF the Freegold advocates are talking about, and frankly I have a whole lot of issues as far as wading through the stilted prose style FOFOA writes. I am just going to look at some underlying assumptions made in this most recent justification for Freegold and for a likely Hyperinflation of the Dollar in the near term, though FOFOA refuses to make any real timeline predictions.

Let us begin here first with a major fallacy underpinning FOFOA’s entire Worldview as far as Money is concerned:

Emphasis there is mine of course. Primeval? It seems FOFOA believes that Homo Sapiens dropped down out of the trees with the innate ability to create and use money, and the subtext is that it goes back in ALL cultures into the great myst of Prehistory. He is cock sure that money in some form is an essential ingredient to the primeval Homo Sapiens mindset, but this is so untrue as to be completely laughable. It’s pretty clear that money only evolved around the time Agriculture did, and that is only around maybe 10,000 years old. This does not qualify as “Primeval” by any stretch of the imagination. There is a good 60,000 years here between the time Toba erupted and the beginnings of Ag and Money, and Homo Sapiens appears to have been quite successful through that whole period.

Moreover, its not some mythical Xanadu or Utopia in which large cultures flourished without the use of money, really only once the Europeans arrived on the West Coast of the Amerikas was any Money introduced to a very large culture of First Nations people who used a Potlatch or “Gift” Economy. FOFOA sweeps all that stuff under the rug, because it doesn’t fit the construct he wants to make regarding Money, and then more specifically Gold as Money.

FOFOA: “I’m not going to go into great detail on the concept of capital, other than to give you a mental exercise. Because the term “capital” can be quite confusing in our modern paper/electronic world, I want you to imagine a much simpler human civilization. Imagine an ancient Greek city. All the buildings made of stone and mud, the horse carts and agricultural tools, the linens and skins worn as clothing, the knowledge base passed down through generations; all these creations of man’s intellect were the capital of the time.

Now imagine the destruction of capital. Imagine an earthquake or volcano that destroys the fruits of many generations. Or a plague or war, perhaps, that destroys the knowledge base. That’s the loss of real wealth you are imagining. And it is this cycle of capital creation and destruction that tells the story of mankind throughout many civilizations.”

The modern analogy to FOFOA’s Stone and Mud Huts and Horse Carts in the Ancient World are today’s McMansions and Carz. In his version of Capital destruction it takes an Earthquake or Volcano to destroy this “Capital”, but he doesn’t address the fact that Capital of this kind can become worthless even if it is still standing. The McMansions and the Carz are losing Value because the Energy is no longer there to use them. The “Capital” that was expended to build said infrastructure was the Oil burned, which now exists only as molecules of CO2 in the atmosphere. What “Capital Destruction” has been going on for the Age of Oil came in the form of the burning of that Oil. The OIL was the Capital here, not the stuff that was built with it.

DISCLAIMER: I am not an EXPERT on the writings of Another, his friend (FOA) or HIS friend (FOFOA), or on the theory of Freegold. Just like I am not an expert on the writings of any other economic theorist out there or their theories in general. There are a lot of economic works that I have not had the pleasure to read and a lot of ideas I have not considered in-depth, including those contained within the body of work that comprises F-theory. None of my descriptions of F-theory should automatically be taken as 100% accurate, and I welcome any and all challenges to my representations.

Home › Forums › FPC: The Concepts of Money and Capital