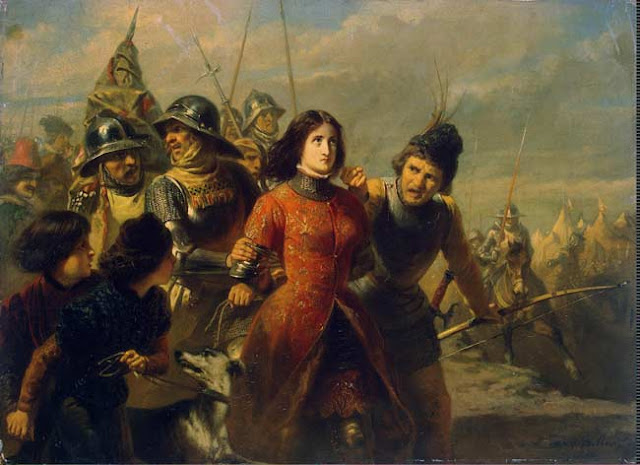 The yields on Spanish and Italian 10 year bonds have been falling lately, though not by much (Update: they're rising again already, even with a "good“ Italian auction). Why? Mainly because the Eurozone promised to ship €30 billion to Spain's banks. And partly because Spain got another year's time to comply with EU budget demands. And also partly because Spain announced its (hard to keep count) fourth – restructured – austerity package in a year (?!). There is a problem with all this. A big problem.

One thing is for sure: the ongoing and ever stricter austerity measures guarantee 100% that the economies of the austerity-hit countries will deteriorate. It might be possible to cut some costs here and there in a still relatively healthy economy without causing too much pain, but when you take a nation that already has 25% unemployment, with youth unemployment over twice that, measures such as raising sales taxes and cutting government jobs can only possibly lead to further trouble.

And that means Spain (and Greece, Portugal) will need to ask for more aid down the line. The financial markets don't care about that, at least not today. They were fed another €30 billion, and that's what counts in the short term. They can – and will – put back on the pressure tomorrow or next week, and expect another €30 billion, rinse and repeat. The pattern has long been set: press on the sore spots and they will pay up.

More money from the Eurozone for Spain's decrepit banking sector will mean more austerity for its people. Because that's how it works, step by hurtful and unjust grinding step: that is, despite recent EU summit "deals", there are still no direct bank bail-outs (and probably never will be), and the €30 million is still added to Madrid's sovereign debt.

The people pay for the bailouts of their banks through increased taxes and lost jobs. The total €120 billion or so needed to save Spanish banks, which is good only until there's the next step down, likely to come sometime later this year, might be better invested in jobs for the unemployed, but that's not how it works. Not in Europe, no more than in the US.

The way things are going now will inevitably lead to two insurmountable problems. One at the bottom and one at the top.

First, entire societies are now being actively "restructured". That is, ever more privatization, lay-offs, pension cuts, wage cuts, in other words and down the line, total break-downs. There is no way that can end well. Health care services in Greece, Spain and Portugal are already under enormous pressure, with drug companies refusing to supply essential medications, hospital staff going on strike to protest wage cuts, you name it.

With four austerity restructurings in a year in Spain, it should be obvious that health care is but one of many fields that have no time to ease into new and different circumstances under which to work. It's shock doctrine and disaster capitalism in every sense of the word. Yesterday is was miners fighting in the streets of Madrid, tomorrow it will be the next angry destitute segment of society. And someday soon they'll be in one square or another together.

Second, in a potentially even harder issue to overcome for the political class in the shorter term, entire constitutions may need to be "restructured". The German Constitutional Court this week announced it will take its own sweet time deciding whether the ESM, without which all future bail-outs become awfully painfully shaky, is legal to begin with. Despite pleas by Angela Merkel and her finance minister Schäuble to speed it through.

It may take well into autumn just to make that decision. Angela Merkel always counted on this to happen, so it was easy for her to make promises she knew the court would not allow her to make good on.

Similar constitutional challenges may well pop up in a few more of the 17 Eurozone countries. Giving up sovereignty, be it political, fiscal or cultural, is not a popular thing these days. But a negative judgment by the German court might by itself be enough to derail the whole thing.

90% of the votes would normally be enough to start up the ESM, though constitutions can be legal bitches, pardon my French. However that may be, since Germany's share of the ESM is supposed to come to 27%, there's no deal without Berlin. And that's without considering that if Spain and/or Italy need bail-outs, and therefore can't pay their share, Germany's will rise significantly.

The present way of tackling the crisis does nothing to relieve the effects of the crisis for the people. Quite the contrary, the idea is solve the crisis over the backs of the people. The issue with that, apart from the obvious moral ones, is that the people simply can't bend over steeply enough to solve it; the debts are simply too high. But that will only become clear once we know exactly how large the debts and losses are in the banking and sovereign sectors.

And to find that out we need something that hasn't happened at all yet, opening the books. Again, quite the contrary: in fact, the deeper the crisis gets, the less transparency there is. Nobody has any idea how bad things really are, since almost nothing is marked to market. And there are no signs in political or financial circles that this will change for the better and the clearer anytime soon.

In that sense, German President Joachim Glauck telling PM Angela Merkel that she should explain better to her people what she does with regards to the crisis, could be a sliver of light. Then again, he's a purely ceremonial guy.

It is a strange thing to realize that even as Barclays, and soon a dozen other banks, admit to Libor manipulation, we still won't see their books opened. We will instead see more of our money transferred to them, be it directly or indirectly (where do you think the € 30 billion Spanish bank bail-out money will end up?).

Banks settle illegal slash immoral acts, mostly without admitting wrongdoing, for a fraction of illegal slash immoral ill-gotten gains. Barclays was fined half a billion for its Libor role, US banks paid $25 billion to get rid of an entire series of mortgage-related (semi-)criminal acts. The New York Fed knew by 2007 at the latest that there was a Barclays related Libor issue, it even had meetings on the topic in early 2008, but still a few moths later threw close to a trillion dollars in bail-out loans at the bank. Without any Libor related come clear conditions.

Europe is burning from both sides, either of which will be sufficient to burn it down to the ground in its present state. And Europe is rotting at the core, gutting its societies for the benefit of the stakeholders in its banking sector, the majority of whom are global financial institutions.

Europe, like America, is stuck on a one-dimensional dead end highway to nowhere at all. A handful of so-called systemically indispensable institutions and their wealthy all-powerful owners can incur unfathomable losses, hide these losses, and instruct their bought and paid-for political lackeys and henchmen to hand over whatever public funds they need to make good on them.

That's all that is happening out there; all those stories about trying to save some country or another, or even the entire union, is but a sideshow. They all know that is a lost cause. There's only one thing really going on: public money is being transferred to the private sector, tens of billions of euros and dollars at a time.

It hasn't just not helped us resolve the crisis, it has made it worse every single step of the way. Take a good look and you can't miss the fact that this is inevitable.

So where are we going to go from here? It should be just as inevitably obvious that the only place we have left to stop it, before it buries us all in debt and misery, is the streets. Our democratic voting rights have become meaningless, they have been usurped, bought, sold and squandered. There's nobody left elected to represent us who has our interests at heart. And when that happens, it's time to once more represent ourselves. Basically, that's why the US constitution includes the right to bear arms.

Europe doesn't just risk slipping back into its own past, it is slipping there as we speak: sharp divisions along multiple and impossible to predict internal borders, just this time with a big bunch of additional baggage piled on top of what was already there prior to the time the European union was so tremendously botched. Throw in a whole lot more people, a substantial part of whom have non-European origins and skin colors, and boy, are we in for a party. Ripped apart by the logical culmination, bred in the distorted minds of the ultimate power- and money hungry among us, of the same greed that drives us all.

It's really simple, everyone can understand this, provided they're willing to think it over. We either start restructuring the banks, take the pain associated with that as real men, and regain control of our own lives, communities, politics, and ultimately our lives, or we withdraw in fear and prepare for bashing each other's skulls in once again.

Differences between Europe and the US, in case you're wondering, will be in details only. Because it’s the same one-dimensional road we're all on, and it's the same nowhere we’ll all end up in.

Maybe Europe will feel more like the Middle Ages when all’s said and done, with people fighting each other, and the US will feel more like 1984, with people fighting a large state apparatus, but the essence will be remarkably and entirely equal: people battling for dignity, equality, peace, and a bit of human kindness thrown in, all the things we have taken for granted to such an extent that we've ended up giving them up.

It only took a little over 50 years. Some things you need to fight for every single day.

Home › Forums › Europe Is Slipping Back Into Its Own Past