In mid-October 2011, a group of Occupy protesters in London set up tents and encamped outside of St. Paul's Cathedral for almost four months before finally being evicted by the Corporation of London. At first, the Church welcomed the protesters and preached to them, acknowledging the ways in which governments and banks were clearly contravening Christian teachings.

After a few days of lost revenue due to the presence of the Occupiers, though, several high-ranking members of the Church, including the Bishop of London, decided it was best to side with the City authorities in taking legal action to evict. The Canon Chancellor of the Church, Dr. Giles Fraser, even resigned over this issue, saying the Church should do nothing which could "lead to violence" against the protestors, but ultimately the protest was squashed through coercive means.

The legal arguments focused on fire safety, health concerns, blockage of access to and from the Church and other such things, but ultimately it was about lost revenue from tourists (claimed to be up to £20,000 a day) and the message that was underlying the Occupy London Movement – a message of radical change. Protesters showed up at one of the most famous Cathedrals in the world seeking the full support of a Faith which claims to admonish selfish pursuits, corporate greed, interest-bearing debt, dishonest/fraudulent behavior and repressive government policies, but all they received were a few symbolic pats on the back before they were told to get lost in no uncertain terms.

It is occurrences such as these that show us just how badly the radical ideals of Faith are upheld by the institutional arbiters of Faith, and the individuals who occupy political roles in those institutions. The holy texts of Judaism, Chrisitianity and Islam all contain very clear and strict admonitions against societies organized around debt-based relationships. The Old Testament allows for a debt jubilee (or cancellation) every 50 years, at which time people sold into slavery or previously foreclosed land can be redeemed, and relatively wealthy relatives have an obligation to redeem the debts of those who don't have the means to do so themselves. We also find a stiff rebuke of those who charge interest on loans issued to their struggling countrymen. 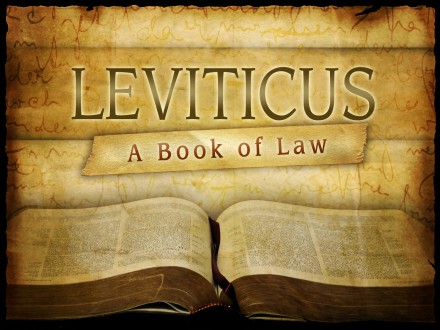 25'If a fellow countryman of yours becomes so poor he has to sell part of his property, then his nearest kinsman is to come and buy back what his relative has sold. 26'Or in case a man has no kinsman, but so recovers his means as to find sufficient for its redemption, 27then he shall calculate the years since its sale and refund the balance to the man to whom he sold it, and so return to his property. 28'But if he has not found sufficient means to get it back for himself, then what he has sold shall remain in the hands of its purchaser until the year of jubilee; but at the jubilee it shall revert, that he may return to his property.

35'Now in case a countryman of yours becomes poor and his means with regard to you falter, then you are to sustain him, like a stranger or a sojourner, that he may live with you. 36'Do not take usurious interest from him, but revere your God, that your countryman may live with you. 37'You shall not give him your silver at interest, nor your food for gain. 38'I am the LORD your God, who brought you out of the land of Egypt to give you the land of Canaan and to be your God.

39'If a countryman of yours becomes so poor with regard to you that he sells himself to you, you shall not subject him to a slave's service. 40'He shall be with you as a hired man, as if he were a sojourner; he shall serve with you until the year of jubilee. 41'He shall then go out from you, he and his sons with him, and shall go back to his family, that he may return to the property of his forefathers.

The New Testament is filled with parables spoken by Jesus that deal with humanity's indebtedness to God. The general theological message being conveyed is that we are all accumulating debts to God through our sinful lives, and there is no way we will ever be able pay off those debts. However, with Jesus' death and resurrection on the cross, those unpayable debts have been redeemed for us by an external force. Christian theology, therefore, clearly recognizes the impossibility of individual or societal relationships based on debt, which generally lead to enslavement (to our own desires or others), and the need for an external cancellation of those debts.

One such parable is the "parable of the talents" in Matthew Chapter 25 and Luke Chapter 19, which indirectly portrays Jesus' extremely negative view of interest-bearing debt, but is frequently misunderstood by those who read it. Here are the notes on Matthew 25:27 from the Geneva Bible:

Bankers who have their shops or tables set up abroad, where they lend money at interest. Usury or loaning money at interest is strictly forbidden by the Bible, (Exo_22:25-27; Deu_23:19-20). Even a rate as low as one per cent interest was disallowed, (Neh_5:11). This servant had already told two lies. First he said the master was an austere or harsh man. This is a lie for the Lord is merciful and gracious. Next he called his master a thief because he reaped where he did not sow. Finally the master said to him sarcastically why did you not add insult to injury and loan the money out at interest so you could call your master a "usurer" too! If the servant had done this, his master would have been responsible for his servant's actions and guilty of usury.

We also find that usury was outlawed for about 80% of the Church's entire history in the Holy Roman Empire, during which time a usurer could be punished through ex-communication by the Church, on top of fines and imprisonment by civil authorities. This anti-usurious attitude lasted all the way up until the 16th century. The first part of Dante Alighieri's 14th-century epic poem, Divine Comedy, tells us that the money lenders are consigned to the Inner Ring of his Seventh Circle of Hell (violence), alongside blasphemers and sodomites.

Islam also has a long tradition of antagonism towards debt and usury, originally stemming from its holy text – the Quran. In fact, the Quran is even more clear than the Old Testament on what kind of judgment the Faith believes will come to pass on usurers of any sort. Here are a few passages from English translations of the Quran to that affect:

Those who charge usury are in the same position as those controlled by the devil's influence. This is because they claim that usury is the same as commerce. However, God permits commerce, and prohibits usury. Thus, whoever heeds this commandment from his Lord, and refrains from usury, he may keep his past earnings, and his judgment rests with God. As for those who persist in usury, they incur Hell, wherein they abide forever (Al-Baqarah 2:275)

God condemns usury, and blesses charities. God dislikes every disbeliever, guilty. Those who believe and do good works and establish worship and pay the poor-due, their reward is with their Lord and there shall no fear come upon them neither shall they grieve. O you who believe, you shall observe God and refrain from all kinds of usury, if you are believers. If you do not, then expect a war from God and His messenger. But if you repent, you may keep your capitals, without inflicting injustice, or incurring injustice. If the debtor is unable to pay, wait for a better time. If you give up the loan as a charity, it would be better for you, if you only knew. (Al-Baqarah 2:276-280)

O you who believe, you shall not take usury, compounded over and over. Observe God, that you may succeed. (Al-'Imran 3:130)

And for practicing usury, which was forbidden, and for consuming the people's money illicitly. We have prepared for the disbelievers among them painful retribution. (Al-Nisa 4:161)

The usury that is practiced to increase some people's wealth, does not gain anything at God. But if people give to charity, seeking God's pleasure, these are the ones who receive their reward many fold. (Ar-Rum 30:39)

The spiritual condemnations of usury certainly don't stop there. We also have examples of them from the ancient Vedic texts of Hinduism and religious texts of Buddhism. Here is a brief article on that from the Islamic Banking and Finance Network:

Among the oldest known references to usury are to be found in ancient Indian religious manuscripts and Jain (1929) provides an excellent summary of these in his work on Indigenous Banking in India.

The earliest such record derives from the Vedic texts of Ancient India (2,000-1,400 BC) in which the “usurer” (kusidin) is mentioned several times and interpreted as any lender at interest. More frequent and detailed references to interest payment are to be found in the later Sutra texts (700-100 BC), as well as the Buddhist Jatakas (600-400 BC). It is during this latter period that the first sentiments of contempt for usury are exressed. For example, Vasishtha, a well known Hindu law-maker of that time, made a special law which forbade the higher castes of Brahmanas (priests) and Kshatriyas (warriors) from being usurers or lenders at interest.

Also, in the Jatakas, usury is referred to in a demeaning manner: “hypocritical ascetics are accused of practising it”.

With so much of the world supposedly influenced by all of these different Faiths and their holy texts, why do we find ourselves in a world economy that is defined by a dependency on interest-bearing debt? Why do our political leaders, government officials, mainstream academics and media pundits promote the growth of already unsustainable debt levels with their words and actions, while our religious leaders largely sit by and do nothing to instruct and organize their followers? As the Quran implies, these so-called leaders should be waging spiritual warfare at a global scale on the well-established threat of usury.

In the Middle Ages, the Pope would not hesitate much to exercise authority over the King and excommunicate him for failing to comply with the Church's orders, but now such religious leaders are completely subservient to the Establishment. The reason is rather obvious – institutionalized versions of spirituality have become corrupted by their political ambitions and their selfish desires, just like most other institutions. That's why a landmark such as St. Paul's Cathedral in London will evict Occupy protesters rather than contemplate the prospect of foregoing revenues and joining their Just Cause.

Truly, every influential servant of his/her respective Faith in every nation of the world should join together and call for a debt jubilee to be drafted up and implemented right away. At the very least, the struggling masses should have all interest obligations on their debts wiped out, while the large banks are forced to restructure or liquidate. It obviously won't be a simple matter to work out all of the details, but it is both the righteous and practical thing to do, not to mention the only real option we are left with. Our debts must be redeemed and they will be redeemed – the only question remaining is how.

Home › Forums › Our Debts Must be Redeemed