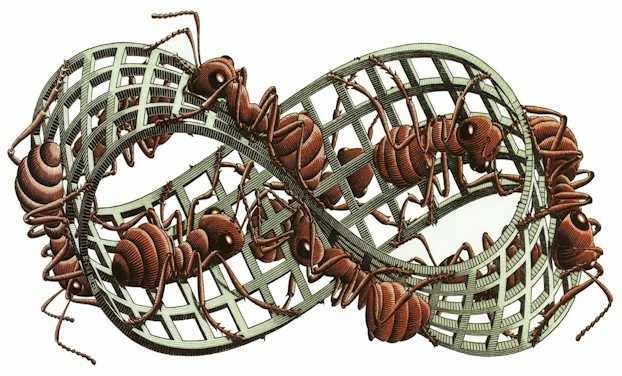 "The world’s leading economies acknowledged on Friday that 'further actions are required' to put the global economy on track for strong, stable and balanced growth.", writes the FT. The torture never stops. Not that we had expected it to just today.

Well, alright then, you can make a point that the biggest news in economics last week was the revelation of the errors in Rogoff and Reinhart's "debt over 90% is deadly" paper. Personally, I think what is still much bigger is the – renewed – revelation that actual policies executed by actual politicians have been based on that paper. Talk about poverty of ideas and imagination. But maybe that shouldn't be surprising. If anything's the core of economics it's such poverty. And that politicians in turn base their policies on that poverty is only fitting. As an old Buddhist adage says: If and when everyone is mindlessly stupid, will anyone notice?

And as if it's not bad enough that austerity measures were executed to a significant extent solely because of the now disgraced paper, its original critics like Paul Krugman now gloat in what they're sure is the reassurance that they've been right all along. That Spend, Spend! is way better than Cut, Cut! Better for what? For getting back to growth as soon as possible ("strong, stable and balanced", please). Because growth is the pot beneath the rainbow. On the horizon. Which recedes as you approach, but you just keep moving.

Europe has a 3% maximum deficit rule somewhere in its papers, but everyone's now so eager to forget about it that it might as well not exist. And yes, spending could lead to more growth. In theory. In practice, though, there is no guarantee that it will. And in theory it could just as well accomplish the opposite.

Which means there's an urgent need for ideas about what to do in case growth does not return. But there are no such ideas. Turns out that the Spend! and the Cut! sides of the controversy are one and the same. The only real discussion should be whether we do or do not need growth, but instead the discussion is about how much growth is needed. And the answer to that is indentical for both sides: as much as we can.

The only good thing about all this is that if and when it becomes clear that there is no growth left in the system, all its one-dimensional advocates, from both the Spend! and the Cut! parties, will disappear into a great void. They have no idea what to do without growth. There is no economics class that teaches them, and they don't have the brains to come up with an answer themselves. Indeed, perhaps it's even true that a "not necessarily growth" situation, simply of its own accord, selects for other "leaders". That power hungry psychopaths, in all the various degrees to which they float to the top of the dungheap, are wiped out and alienated by such a situation.

That could be a very good thing. It's on the way there, however, that we will see unimaginable damage, mayhem and bloodshed. The forever and always growth classes have an iron grip on everyone's lives. If only because everyone believes them. Still, just because they can't change their ways and views doesn't mean you can't. You can see quite easily that, in a material sense, you have more than enough already. And many of you have clued in to the destruction ever more growth brings to your children's living world (not to mention their brains). Unfortunately, quite a few then fall for the "more growth, but more greener" delusion. Or some steady state one (we don't do steady, we don't stand still).

When you get down to the heart of it, the only reason we need more growth is to pay off our debts. Which we owe largely to the same small group of rich, psychopathic and powerful that incessantly repeat the "need for growth" message, and makes sure it's the only message available out there. But we will have to have the discussion some day, and it won't be initiated by the people and powers that rule our societies today; that one's up to us.

It's a very simple discussion. You can start it today with Krugman or one of his alleged adversaries: Why do you advocate economic growth? Why do you see a period of non-growth or shrinkage as a necessary evil that needs to be brought down to its knees at – quite literally – all cost?

And what is it you want to grow into? Can you explain that? I've never seen that properly defined. Isn't it perhaps true that if you don't know the answer to that question, you are by definition blindly chasing a mirage? If you don't know where you're going, or why you're going there, why go at all? Or is that still the sort of issue that can easily be swept under the carpet as "commie"?

For very large groups of the younger population in the western world, their own living standards are set to be below those of their parents. Given the levels of unemployment among young people, the duration of it, and the fast rising levels of debt, it's not a very big gamble to say that this will be true for the majority among them. Nor is it that much of a gamble to suggest that this will constitute a – major – turning point in our societies.

There are many European countries where real youth unemployment is over 25%, and quite a few where it's over 50%. The IMF-defined troika response to this is (has always been) a form of "reform" (advertised as long overdue) which consists of selling off a nation's assets, cutting its public benefits and firing as many people as possible. Fire them in order to create jobs, in other words. How smart is that, how much sense does it make?

Perhaps more spending will kickstart the economy. It's not impossible. But neither is it a given. And even if it does, there's no saying to what extent, or for what amount of time it will.

Or perhaps more austerity will kickstart the economy. It's not impossible, and Reinhart and Rogoff’s faulty models have nothing to do with that. But austerity is not a sure kickstarter either. Economics simply has no answers to offer for what works or what doesn't. All it has are heaps of unproven and unprovable theories in favor of either Cut! or Spend!, and plenty of people willing to blindly follow them and preach them to the clueless masses.

Preach is the appropriate term here, because economics is a religion, replete with priests and churches and rituals and deities. Not growing equals purgatory and Dante's 9th circle of hell in the same way that using contraception or not praying X times per time unit do in other belief systems. Come to think of economics in that sense, maybe we lost the separation of church and state a long time ago and never even knew it.

We can have lengthy, interesting and valuable discussions about the value of religious beliefs for the human mind. But that's not the same as saying we must leave the practical daily choices of our economic and financial well-being in the hands of priests chanting purely religious notions. Even if they love to pose as science. Many other religions do that too.

If we would have left physics and chemistry in such hands, a lot of things that we today experience as beneficial would probably never have seen the light of day. Even if people like Galileo and Newton were in their own ways deeply religious men. If we had never understood the motions of our solar system, or gravity, or electromagnetic forces, or the table of elements, we wouldn't have had electric light or electronic appliances, or penicillin, or a man on the moon. Why then do we continue to let mere faith control the difference between our children's relative wealth or desperate poverty?

This is the kind of issue that remains hidden as long as we don't need to ask the questions. In physics, that means as long as Einstein didn't start thinking about them. In economics, it means as long as there was unquestioned growth in the system. But then, Einstein did ask his questions, and answered quite a few while he was at it (God doesn't play dice). In the same manner, we should demand more than a choice between Keynes or Hayek to determine where we want to go, more than – whether through more cuts or more spending – growth at all costs and then some.

We should ask ourselves, and each other, what, if we choose growth, we want to grow into. And once we've defined that, ask perhaps also what, once we've achieved it, we want to do afterward.

It's not a mere philosophical thing. As long as we're just sheep following the Krugmans of the world in their blind faith growth ideas, without trying to define where we want that growth to lead us, we never really force ourselves to face the limits to growth. Even though the combined work of Galileo and Newton and Einstein and many who stood on their shoulders has defined those limits in a way and to an extent that most of us can understand quite easily and comfortably.

As long is growth is merely an ill-defined notion in the sense that economics propagates it, we don't have to come to terms with the fact that perpetual growth has long been defined by the giants who lived among us as impossible. Once we look at economics through the lens of the unshakable laws of physics, Growth!, Growth! will be history, and of course so will be achieving it either through Spend, Spend! or Cut, Cut!

In our best moments as members of a thinking and aware species, we can be quite formidable, even if we might want to be – much more – humble about that. In the rest of our moments, though, we are blindly chasing the same urges as yeast or amoeba, which of pure physical necessity feed into neverending cycles of growth and collapse.

Yeast don't have options, or a choice. Isaac Newton et al showed us that we do have. So what will it be? Are we going to chase eternal growth mirages, long discarded by physics? Or are we going to pause and think about it? You wouldn't perhaps know it to look at us, but we can.

Home › Forums › What Do We Want To Grow Into?