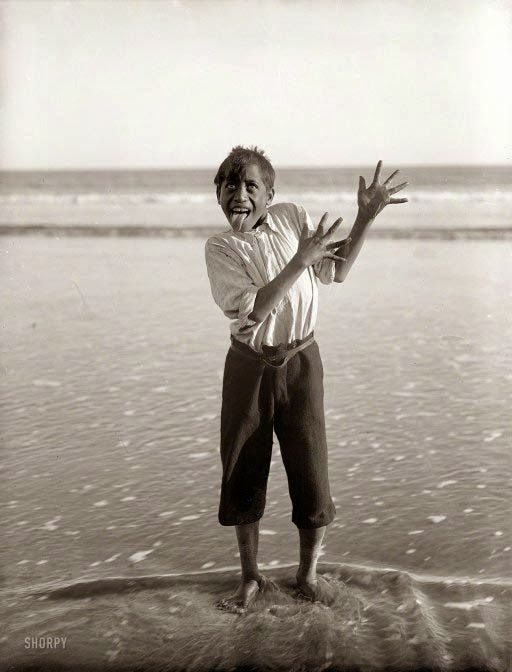 This is a story that should raise an eyebrow or two on every single face in Europe, and beyond. I saw the first bits of it on a Belgian site named Express.be, whose writers in turn had stumbled upon an article in French newspaper Le Figaro, whose writer Jean-Pierre Robin had leafed through a brand new IMF report (yes, there are certain linguistic advantages in being Dutch, Canadian AND Québecois). In the report, the IMF talks about a proposal to tax everybody’s savings, in the Eurozone. Looks like they just need to figure out by how much.

The IMF, I’m following Mr. Robin here, addresses the issue of the sustainability of the debt levels of developed nations, Europe, US, Japan, which today are on average 110% of GDP, or 35% more than in 2007. Such debt levels are unprecedented, other than right after the world wars. So, the Fund reasons, it’s time for radical solutions.

Now, there’s a history to all this. WW I and WW II led to similar ideas, some of which were executed in practice. Jean-Pierre Robin even suggests that we have just resurfaced from a financial crisis that was as destructive as a war. A nice additional point is that he also says Europe and the US got rid of their debt levels through elevated levels of inflation between 1945 and 1975, but at the same time a shame he doesn’t realize that can’t work here. No inflation to the rescue this time around. But radical solutions.

Back in 2011, the Boston Consulting Group was pondering something even more radical, in a report called: “Back To Mesopotamia? The Looming Threat Of Debt Restructuring“. As Zero Hedge reported at the time:

The “Muddle Through” Has Failed: BCG Says “There May Be Only Painful Ways Out Of The Crisis”

[..] … it is time to face the facts. What facts? The facts which state that between household, corporate and government debt, the developed world has $20 trillion in debt over and above the sustainable threshold by the definition of “stable” debt to GDP of 180%. The facts according to which all attempts to eliminate the excess debt have failed, and for now even the Fed’s relentless pursuit of inflating our way out this insurmountable debt load have been for nothing.

The facts which state that the only way to resolve the massive debt load is through a global coordinated debt restructuring (which would, among other things, push all global banks into bankruptcy) which, when all is said and done, will have to be funded by the world’s financial asset holders: the middle-and upper-class, which, if BCG is right, have a ~30% one-time tax on all their assets to look forward to as the great mean reversion finally arrives and the world is set back on a viable path. But not before the biggest episode of “transitory” pain, misery and suffering in the history of mankind. [..]

There is one thing we would like to bring to our readers’ attention because we are confident, that one way or another, sooner or later, it will be implemented. Namely a one-time wealth tax: in other words, instead of stealth inflation, the government will be forced to proceed with over transfer of wealth. According to BCG, the amount of developed world debt between household, corporate and government that needs to be eliminated is just over $21 trillion.

Which unfortunately means that there is an equity shortfall that will have to be funded with incremental cash which will have to come from somewhere. That somewhere is tax of the middle and upper classes, which are in possession of $74 trillion in financial assets, which in turn will have to be taxed at a blended rate of 28.7%.

The IMF refers to a few studies, like one from 1990 by Barry Eichengreen on historical precedents, one from April 2013 by Saxo Bank chief economist Steen Jakobsen, who saw a 10% general asset tax as needed to repair government debt levels, and one by German economist Stefan Bach, who concluded that if all Germans owning more than €250,000, representing €2.95 trillion in wealth, were “supertaxed” on their assets at a 3.4% rate, the government could collect €100 billion, or 4% of GDP.

French investor site monfinancier.com talks about people close to the Elysée government discussing how a 17% supertax on all French savings over €100,000 would clear all government debt. The site is not the only voice to mention that raising “normal” taxes on either individuals or corporations is no longer viable, since it would risk plunging various economies into recession or depression.

Here’s what the October 2013 IMF report, entitled Fiscal Monitor : Taxing Times, literally says on the topic, in the chapter called:

Taxing Our Way Out Of – Or Into? – Trouble

The sharp deterioration of the public finances in many countries has revived interest in a capital levy, a one-off tax on private wealth, as an exceptional measure to restore debt sustainability. (1) The appeal is that such a tax, if it is implemented before avoidance is possible, and there is a belief that it will never be repeated, does not distort behavior (and may be seen by some as fair).

There have been illustrious supporters, including Pigou, Ricardo, Schumpeter, and, until he changed his mind, Keynes. The conditions for success are strong, but also need to be weighed against the risks of the alternatives, which include repudiating public debt or inflating it away (these, in turn, are a particular form of wealth tax on bondholders that also falls on non-residents).

There is a surprisingly large amount of experience to draw on, as such levies were widely adopted in Europe after World War I and in Germany and Japan after World War II. Reviewed in Eichengreen (1990), this experience suggests that more notable than any loss of credibility was a simple failure to achieve debt reduction, largely because the delay in introduction gave space for extensive avoidance and capital flight, in turn spurring inflation.

The tax rates needed to bring down public debt to pre-crisis levels, moreover, are sizable: reducing debt ratios to end-2007 levels would require (for a sample of 15 euro area countries) a tax rate of about 10 percent on households with positive net wealth . (2)

It should probably be obvious that there is one key sentence here, one which explains why the IMF is seriously considering the capital levy (supertax) option, even if it’s presented as hypothetical:

The appeal is that such a tax, if it is implemented before avoidance is possible, and there is a belief that it will never be repeated, does not distort behavior (and may be seen by some as fair).

It all hangs on the IMF’s notion – or hope – that it can be implemented by stealth, before people have the chance to put their money somewhere else (and let’s assume they’re not thinking of digging in backyards, and leave tax havens alone for now). Also, that after the initial blow, people will accept the tax because they are confident it’s a one-time only thing. And finally, that a sense of justice will prevail among a population, a substantial part of whom will have little, if anything, left to tax.

It may all sound far-fetched to you now, and most people will still cling on to the idea that “they wouldn’t do such a thing”. But that the IMF proposes it at all, and so openly, suggests that they might, if only they can figure out how. Not the IMF itself, mind you, they don’t collect taxes, but then again they have been involved very intimately with the EU, the ECB and Europe’s national governments, in for instance the Cyprus bail-in, which will in all likelihood serve as a blueprint for future “restructurings”.

We can’t however, discard the possibility that this appears in an October 2013 IMF report precisely BECAUSE it, and its peers in national governments, have found a different way to achieve the same goals. The underlying ideas are clear: most governments have debt levels that can’t be rolled over into the future much longer. And inflating them away is not an option: that can’t be done without increased consumer spending, and consumers are maxed out. Radical solutions are called for. Not just in Europe either, US government debt will need to be dealt with too.

Two more things: First: if this materializes, the percentage may well be above 10%, and maybe quite a bit; the Boston Consulting Group may not have been that far off 2 years ago with its 30% mark. I mean, who knows? Second: if it happens, a way will be negotiated to include those that seem to escape the hurt at first sight now, those that have nothing left to tax, in the equation. Bet on it. Leaving the poor alone is not what’s seen as fair in today’s societies.

And one last point, just in case it had slipped your mind. You remember what brought about that surge in government debt between 2007 and today? We bailed out the banks.