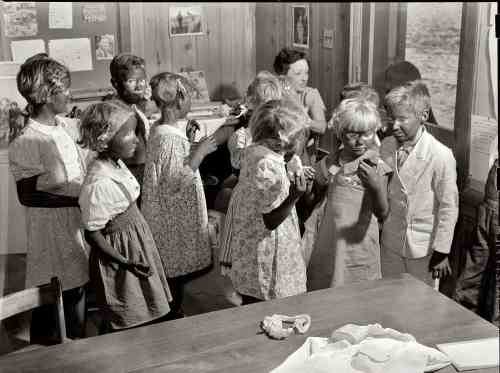 Ilargi: 40 years after it assassinated a black man who was one of the bravest and most beautiful people ever to walk this earth, and 45 years after that same man spoke about a dream he had, America -and the entire world with it- has every reason to feel proud and elated: it has elected, as its next leader, a black man named Hussein.

I may be a white man, and as blond as they come to boot, but I hope you don’t mind if I feel pride too. Still, I have to add that the rejection of gay marriage in several states yesterday feels like a hammer came down on my skull once again. How can you elect to liberate African Americans from 500 years of shackles, and at the same time refuse to free the 10-15% of the population that has no more choice in who they love than your new president had in the color of his skin?

Let’s all hope that Obama has the strength to overrule these hateful papers, with the same conviction that has gotten him where he finds himself this morning. Congratulations, Mr. President, you have filled my eyes, too, with tears of joy. But please, as I do today, think about the bittersweetness that must run through the veins of all gay black people in California at this moment. Liberated, but still on the chain gang. Shoved into the far fringes of society for nothing they have ever chosen to do. That must hurt. And we still have to resort to dreams, even as Dr. King’s dream is embodied in your reality.

I want to talk about the economy, Mr. President. I’ve seen who your economic advisers are, and that fills me not with pride but with a frozen chill. You know, Albert Einstein said that “The significant problems we have cannot be solved at the same level of thinking with which we created them.” That is a very wise observation. Albert was as good a thinker as he was a physicist.

But then I see that your advisers include the likes of Robert Rubin, Larry Summers and Paul Volcker. These are all guys who created the problems. Which, if we follow Einstein, means they cannot solve them. Can we agree on that?

The economic issues we face today are profound, deep-seated and potentially debilitating for the entire country. They can’t be solved overnight, and they can’t be overcome with just a bunch of new laws or initiatives. You will need a complete overhaul, a 180 degree turn, and a very intense and sweeping clean-up of finance, banking, and yes, government policies.

Rubin under Clinton was one of the main architects of what has gone so awfully wrong today. Throw him out. Larry Summers is a doofus. Out with the bathwater. Paul Volcker’s primary claim to fame is that Alan Greenspan was far worse than him, but that doesn’t make him a valuable source of information.

If you, and the nation that so courageously elected you to be their leader, are to have a fighting chance at eventually beating the depression that can not be avoided, you will have to turn to people for advice who are not part of the banking in-crowd. Picking Jamie Dimon as Treasury Secretary, for example, is about the worst thing you could do. These are people who will always seek solutions in shifting things a little bit to the left or right, inside the existing paradigm.

It won’t work, Mr President. Remember Einstein. Rubin and Summers are the kind of people who feel, like the whole Wall Street cabal, that they are indispensable, that the economy will grind to a halt if they are no longer allowed to do what they do. And what they do is betting, and has nothing to do with not solid finance.

You will have to call a stop to Wall Street, and all of the nation’s finance policies, being a casino. That is as succinct as I can put it, and I can but hope that you understand how bitter and grave it all has become. You will need to throw out everybody who has had any dealings with it, while at the same time they will tell you that they are the only ones who know what goes on.

One reason why you need to distance yourself from them is that you’ll have to prosecute many of them. Bob Rubin will not drag his buddies before a court of law. Still, if that is not done, the economy will not regain the sense of decency and confidence that your election has brought to the country. There’s no two ways about it. Crime either pays, or it does not.

You need to force all casino paper out into the light of day, that is not some optional item. Yes, it will mean the end for scores of powerful players, many of whom have financed your campaign. Nothing easy about it. But if you don’t do it, you condemn the American economy to years more of downfall. US Treasury bonds are under extreme pressure, and as long as Paulson et al are allowed to continue to cover up toilet paper with what rightfully belongs to the American people, faith in the market can and will not be restored.

You need to withdraw all government support for Detroit, and let Ford and GM fail if they can’t stand upright on their own. Same for all financial institutions. No more bail-outs, they just cut the trust level ever lower.

You must call Nouriel Roubini, now, and form a group of people around him, like Robert Oppenheimer at Los Alamos, and let them be your main advisory team. There are many able Americans who are not too far inside the asses of Lower Manhattan. Talk to Peter Schiff, to Paul Kasriel, to Marc Faber, George Soros, Bill Fleckenstein and Meredith Whitney. Give Doug Noland and Bill Bonner a call. Sit down with Ron Paul. And of course you are always welcome to contact me. I am not American, and I have no economics degree, but then again, that by now is a strong point, not a liability. I have called all this correctly for a long time, and i know what needs to be done.

You have proven yourself to be a very courageous man. There are equally brave Americans in the world of finance, just one phone call away. Please sir, believe me: You will need them. And you have not a second to lose. Your predecessor is handing out trillions of dollars and waves of pardons behind the wizard’s curtain as we speak.