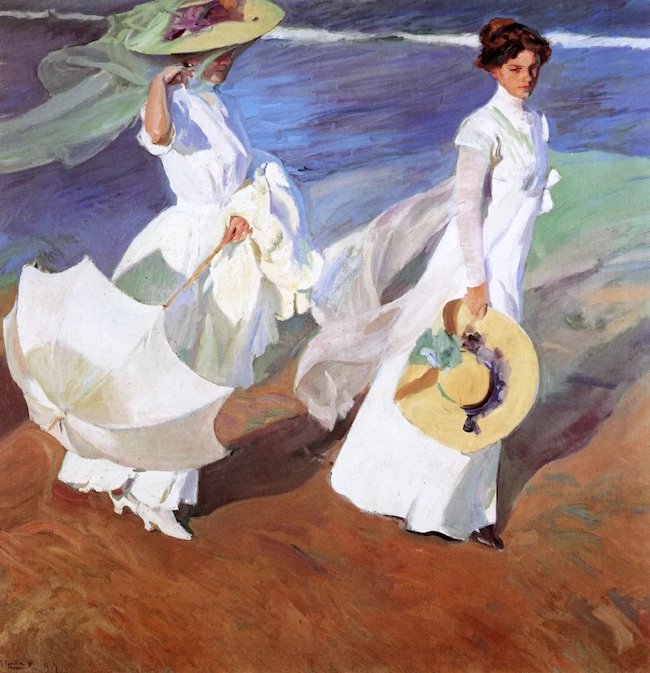 This is from regular Automatic Earth commenter “chooch”.

chooch: I had to switch from “be the spike” to “be the Lipid Nano Particle” and I now find myself in a vortex of understanding for which there may be no escape velocity. It could be a kool-aid vortex, but we will see. Suffice it to say, though the primary mechanisms are different, the understanding gained on the infection side is still most useful.

1) The virus gains access to an epithelial cell in the air sac of the lungs by attaching to ACE2. It uses this cell to make many copies of itself.

2) Once it breaches the epithelial wall, which is only one cell thick it gains access to an ACE2 receptor on the pericytes, which sit on top of the endothelial cells that make up the nearby capillaries.

3) Many more copies are made, weakening the capillary walls, which again are only one cell thick. The virus now has access to the blood stream.

Here are three interesting articles, starting with the most recent, describing complications related to having a spike coated virus in the blood.

“Shortness of breath, fatigue and headaches, some patients still struggle with these long-term effects of a severe infection by the SARS-CoV-2 coronavirus after six months or more. This post COVID-19 syndrome, also called COVID long-haulers, is still not properly understood. What is clear is that during the course of the disease, often blood circulation is impaired, clotting and dangerous vascular occlusions can occur, and oxygen transport in is limited. These are all phenomena in which the blood cells and their physical properties play a key role.”

“They found that, for example, the size and deformability of the red blood cells of patients with the disease deviated strongly from those of healthy people. This indicates damage to these cells and could explain the increased risk of vascular occlusion and embolisms in the lungs. In addition, the oxygen supply, which is one of the main tasks of the erythrocytes, may be impaired in infected persons.”

Lymphocytes (one type of white blood cell responsible for the acquired immune defense) were in turn significantly softer in COVID-19 patients, which typically indicates a strong immune reaction. The researchers made similar observations for neutrophil granulocytes, another group of white blood cells involved in the innate immune response. These blood cells even remained drastically altered seven months after the acute infection.

Covid-19 Can Affect The Blood. Its Spike Protein May Be The Culprit.

In this article they refer to RGD, I think they mean RBD (Receptor Binding Domain)

The autopsy reports revealed COVID-19 patients were suffering from huge amounts of thick, coagulated blood, and dysfunctional blood vessels were tearing through body tissue instead of repairing it-highly uncommon side effects of respiratory diseases.

The postmortem evidence plus his own experience with something called “COVID toes”-an odd side effect of the disease that causes heightened blood vessel formation in the toes, turning them bright red-led Makowski to speculate that something about the virus might be causing abnormal blood-related complications.

“One of the most perplexing and devastating effects of this disease is the scenario where three or four weeks after being hospitalized with pneumonia, people under the age of 50 are back home, they feel fine, and then all of a sudden they have a stroke and die,” says Makowski, professor and chair of the bioengineering department at Northeastern.

The oxygen-saturation level of COVID patients, especially those with severe cases, was prone to dropping to dangerous levels, even below 90%. “We asked the question: Can it be due to the cell that transports oxygen?” D’Alessandro said. “Can COVID attack red blood cells – the most abundant cell in the human body – which has evolved specifically to transport oxygen?”

The answer to both questions was “yes.” The study revealed that SARS-CoV-2 damages the membranes of oxygen-carrying red blood cells. The virus didn’t affect the cells’ hemoglobin, which allow the cells to pick up oxygen, but it did damage membrane proteins responsible for blood cell structure, a characteristic that allows these cells to indirectly regulate red cell capacity to release oxygen and, most importantly, to squeeze through narrow capillaries in the periphery of the bloodstream.

“When the red blood cells are damaged, and you’re a COVID patient who is exposed to another stress – pharmacological treatment, high fever or, after recovering from the disease, exercise or something of that nature – then your red blood cell is more likely to hemolyze (rupture),” D’Alessandro said. This explains why D’Alessandro, who jumped back into training for a late-summer marathon, noticed that more than a month after his initial COVID bout – two subsequent tests came out negative – he felt extremely tired just 20 minutes into a run.

“Something was happening in the red blood cells, and it’s why we believe that they are part of the problem in long-term COVID symptoms,” he said. The lingering oxygen-level difficulties are explained by the lifespan of red blood cells. The cells circulate for up to 120 days before the body replaces them. To make room for hemoglobin, red blood cells have evolved to lose nuclei and organelles that allow other cells to replace damaged molecular components. So, if the virus damages red blood cells, it will be up to four months before they are cleared and replaced with cells that do not carry such damage.

Anyway, before addressing the best theory I have come across regarding Covid in the blood I wanted to circle back and highlight the spike proteins RBD affinity to Sialic Acid (SA) and its importance in the human body. Here is the image, showing how this affinity grows from a Corona cold virus thru Sars-Cov2. Below is from the abstract of the linked paper. (It’s mainly for reference if interested)

Sialic acid and biology of life: An introduction

Viral sialic acid-recognizing lectins or HAs can agglutinate RBC. Viruses use sialic acids linked to glycoproteins and gangliosides to attach to host cells, followed by their entry, for example, corona virus, DNA tumor viruses, hepatitis virus, influenza viruses (A, B, and C), mouse polyoma virus, mumps, Newcastle disease virus (NDV), norovirus, parainfluenza viruses, rotavirus, and Sendai virus. HAs from influenza A, C, NDV, and polyoma viruses have been crystallized. Sialic acid-recognizing lectins from adenoviruses and picornaviruses have not been identified.

Back in Oct 2020, independent researcher David Scheim, uploaded this paper to SSRN. In virus time it was before the rollout of the jabs and early days of mass IVM awareness. Here is the link to the abstract. From there you can open the pdf.

From Cold to Killer: How SARS-CoV-2 Evolved without Hemagglutinin Esterase to Agglutinate, Then Clot Blood Cells in Pulmonary and Systemic Microvasculature

Essential to the study of vascular occlusion in COVID-19 are viral properties dating back to studies of Jonas Salk in the 1940s that have been positively established for SARS-CoV-2. First, SARS-CoV-2 binds to red blood cells (RBCs), in vitro and also clinically in COVID-19 patients. Second, although fusion and replication of SARS-CoV-2 occur via ACE2, such hemagglutinating viruses initially attach to infective targets and clump with blood cells via much more abundantly distributed sialic acid (SA) glycoconjugate binding sites. SARS-CoV-2, in particular, attaches to these SA sites. Third, certain enveloped viruses express an enzyme, hemagglutinin esterase (HE), that counteracts viral-RBC clumping. Notably, among betacoronaviruses, the common cold strains express HE while SARS-CoV-2, SARS-CoV-1 and MERS, the virulent strains, do not.

These hemagglutinating properties of SARS-COV-2 establish a framework for “catch and clump” induction of microvascular occlusion proposed here. Ultramicroscopic studies of tissues from COVID-19 patients indicate a key role for hemagglutination early and mid-course in COVID-19, before such clumps harden into clots via the coagulation cascade. Hemagglutination may be reversed by two anti-COVID-19 therapeutics that each competitively bind to SARS-CoV-2 spike protein, blocking such viral attachments.

One therapeutic is antiviral antibodies generated by vaccines, the anti-hemagglutination effect of which is exhibited in Jonas Salk’s hemagglutination inhibition assay. The other therapeutic is ivermectin (IVM), a drug of Nobel Prize honored distinction, distributed in 3.7 billion doses worldwide. In ten clinical trials, three with randomized controls, IVM yielded mortality reductions for COVID-19 of 90% at highest doses. IVM may limit virulence of SARS-CoV-2 by steric interference with multivalent spike protein attachments to SA binding sites, blocking hemagglutination, an effect likely to target mutant viral strains.

NOTE: In regards to IVM studies.

1) There may be little impact in a respiratory only infection, therefore taking it prophylactically may not help much in the respiratory phase if infected.

2) The real impact seems to be for those whose infections have moved into the vascular system.

@Chooch: Lots of good work. I can see you are cut out for it. Ivermectin does, tremendously decrease infections when used prophylactically, depending on the dosage regimen. FLCCC increased dose and frequency recently, which should kick viral butt, but it’s a high ivermectin burn rate. Ivermectin has a very long half life intracellularly and you might not come across that. It helps keep COVID inside the cells from replicating, partly by blocking transit within the cell.

COVID in the nasopharynx is no big deal, a cold. When it gets into the lungs it jumps to the bloodstream and becomes a big deal, with micro-clotting. Vitamin-D stablilizes the endothelium. Ivermectin reduces the clot formation and a lot of cross-linking that contributes to it, and also inhibits virus getting into the cells. Once weekly or less ivermectin is mainly protecting inside the cells, whereas the twice weekly prophylaxis FLCCC now recommends is full protection in the bloodstream, too.

The virus takes about 5 days to incubate from inoculation to symptoms, but viral loads get high by day #3 post inoculation. Ivermectin twice per week really breaks that cycle, and prevents even nasopharyngeal viral loads from getting high. Ivermectin, even weekly, vitamin-D, a little zinc and quercetin should really be a giant COVID-Condom of protection.