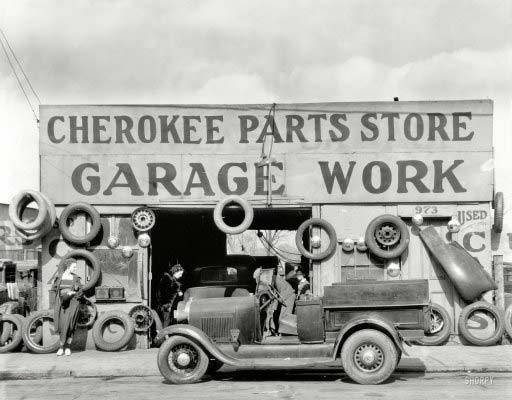 The real story of the RMS Titanic that goes unmentioned in Western public schools is, of course, one of extreme wealth inequality, class warfare and, ultimately, the complete and utter disdain that the richest people had for the lives of the poorest people in a time of crisis. Just shy of one hundred years from the day the Titanic sunk (April 15, 1912), and we are all still stuck on that same dreadful voyage. The global economy has side-swiped an iceberg at full speed and is mathematically destined to go under, no matter what the Captain and crew decide to do.

Except, now, it’s not only the poorest two-thirds of the ship’s passengers that are being left to die, and there is no priority for “women and children”. It is true that the entire corporate establishment has benefited from systemic fraud, propaganda/manipulation and taxpayer-funded bailouts, but it is a very small percentage of people who are truly being guaranteed a lifeboat. These institutions and the people who run them are gifted vast sums of money over and over again, while the rest of us patiently, helplessly and hopelessly wait to be “rescued”.

Among the 1% of people who have been given every possible advantage to survive the systemic meltdown, we must include those in charge of defense industrial conglomerates. We are now in a state of perpetual, taxpayer-funded war that surpasses any notion of political ideology or appropriate response to “external” threats. However, that is an issue for another time and place. Right now, we will focus on the criminal banking class, which has been feasting on the public coffers for years while hundreds of millions of people struggle to keep their jobs, stay warm, find their next meal and/or avoid being victimized by an ever-growing police state.

Never before in history have such vast amounts of wealth been transferred so quickly from so many people to so few. The worldwide property bubbles of the last few decades, and specifically the last one, were made possible first and foremost by extensive fraud in the banking and real estate sectors of the global economy. Although government regulations and loose monetary policy certainly had their roles to play in the Western housing bubble, it was the private banks originating “liar’s loans”, slicing them up, securitizing different loan tranches and marketing them as top-grade investments that really fueled the credit explosion.

A whole plethora of debt-based “assets”, securities and derivative instruments were generated through the collateralization of residential and commercial property, which, in turn, created an entire industry of speculation, financial engineering, commissions and returns. The benefits of this industry accrued to fewer and fewer institutions as they pawned off the “assets” and derivative instruments to other institutional investors such as pension and hedge funds, and then dumped what remained directly onto taxpayers after the great bust of 2008.

This class warfare by the 1% no longer takes the form of some stealthy wealth extraction operation hidden behind cultural optics, clever marketing and flimsy regulations, but is happening out in the open for every neglected, second-rate passenger to see. It has gotten to the point that the U.S. federal government AND the major banks openly admit that extensive fraud occurred with the transfer of mortgage titles and subsequent foreclosure of property. Why else would there be an “investigation” and a settlement of $40 billion by the five largest banks?

Even a symbolic settlement such as this one can no longer be made without turning it into a complete travesty of the justice system. They got caught red-handed stealing our money and our homes, and now they have to pay us back a very tiny portion of the stolen wealth… with our money. The Financial Times reports that the settlement agreement contains a clause allowing the banks to count future loan modifications made under the $30 billion [taxpayer-funded] Home Affordable Modification Program (HAMP) as credits for the money owed under the agreement.

However, a clause in the provisional agreement – which has not been made public – allows the banks to count future loan modifications made under a 2009 foreclosure-prevention initiative towards their restructuring obligations for the new settlement, according to people familiar with the matter. The existing $30bn initiative, the Home Affordable Modification Programme (Hamp), provides taxpayer funds as an incentive to banks, third party investors and troubled borrowers to arrange loan modifications.

Neil Barofsky, a Democrat and the former special inspector-general of the troubled asset relief programme, described this clause as “scandalous”.

“It turns the notion that this is about justice and accountability on its head,” Mr Barofsky said.

BofA, for instance, will be able to use future modifications made under Hamp towards the $7.6bn in borrower assistance it is committed to provide under the settlement. Under Hamp, the bank will receive payments for averting borrower default and reimbursement from taxpayers for principal written down.

But people familiar with the matter told the FT that state officials involved in the talks had had misgivings about allowing the banks to use taxpayer-financed loan restructurings as part of the settlement. State negotiators wanted the banks to modify mortgages using Hamp standards, which are seen as borrower-friendly, but did not want the banks to receive settlement credit when modifying Hamp loans. Federal officials pushed for it anyway, these people said.

This is just one striking and patently obvious example of how the major banks have been guaranteed a lifeboat off of the capsizing global economy by central governments and banks. There are, of course, many more – the Fed, BOJ and BOE’s quantitative easing programs, the ECB’s “trash for cash” LTRO operations or secondary market purchases of peripheral sovereign debt, the SNB’s fixed exchange rate policy, the IMF/EU bailouts that are used to meet interest payments and recapitalize banks, the quasi-nationalization of large financial institutions across the Western world, the outright theft of MF Global’s client funds by JP Morgan, etc., etc., the band plays on and on.

One of the most fundamental ways in which the banks have been kept afloat is the suspension of mark-to-market accounting rules in the U.S. and Europe. Yes, the banks still get to pretend that the ship isn’t even sinking while any and all burdensome debt-assets remain on their balance sheets. As the Wall Street Journal reports in a recent article, Goldman Sachs and Morgan Stanley have unilaterally decided that they will stop marking corporate loans, which are currently worth $100 billion, to market value in anticipation of the U.S. corporate sector rolling over.

Goldman Sachs Group Inc. and Morgan Stanley have reduced their use of “mark-to-market” accounting, shielding them from swings in the value of some loans made to companies. After several months of internal discussion, the two companies are making an accounting change affecting a portion of corporate loans that have a combined value of more than $100 billion.

The change will value that portion using so-called historical-cost accounting, according to financial filings and people familiar with the matter. Under that accounting method, assets generally are held at their original value or purchase price. Goldman and Morgan Stanley could set aside reserves against possible losses on the loans and hedge them in other ways.

The banks are making the change in part because, as a result of regulators’ rules, securities firms using historical-cost accounting won’t have to hold much-larger amounts of capital against the assets if their values go down. There also will be less fluctuation in Goldman and Morgan Stanley’s earnings, because marking the loans to market creates immediate gains or losses for the companies as the values of the loans fluctuate.

Immediate losses for the banks, you say? Heavens no, we wouldn’t want that! Not until the banks have safely dumped all of their distressed assets onto the backs of 99% of the population and abandoned ship. That is why The Automatic Earth constantly stresses the importance of people constructing their own lifeboats in their homes and communities – because there are only a few available on deck and none of them have your name on it, or the names of your family or your friends or your neighbors. The corporate/banking elites and their corrupt public servants will make sure to get a good view of this titanic disaster from afar, but, then again, there is really nowhere left for them to go.