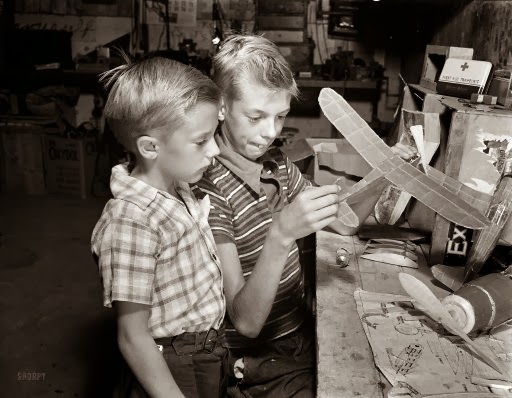 OK, this is enough, I’m getting seriously pissed off now. Time to introduce an idea I’ve been thinking about for a while.

That is, let’s combine modern technologies.

First: Buy lots of 3-D printers. They’ll be real cheap soon. And why not order them from Amazon, just for the perverted irony of it.

Second: Use these printers to produce an endless supply of drones.

Third: Send those drones out there to spy on (or just annoy) our governments, military, police departments, and now Amazon, next week Wal-Mart and so on (there’s no limit once Bezos gets permission).

Or perhaps it’s best to use our drones simply to scramble the radio signals the other ones need to function.

There’s a world of possibilities. The overriding theme: You want madness? We’ll give you madness.

Jeff Bezos wants to fill my sunrise, sunset, day and night sky with drones? I don’t think so. Two can play that game.

We’ll put so many drones out there they’ll all be useless. If only because it’s more civilized than shooting them all down.

And for starters, let’s make a 1000 or so drones zoom around Bezos’s own head for a while, 24/7, follow him home and to his office, everywhere he goes, and do let’s make them noisy ones, just to add to the experience. If he shoots them down, the next step is obvious.

I could see a role for Occupy here. And Anonymous.

There’s a very strong smell to this of something Einstein is supposed to have said: ‘Two things are infinite: the universe and human stupidity; and I’m not sure about the universe.’

Bezos said the drones, unmanned vehicles that fly through the air, could deliver packages that weigh up to five pounds. That represents roughly 86 percent of packages that Amazon delivers, he said. 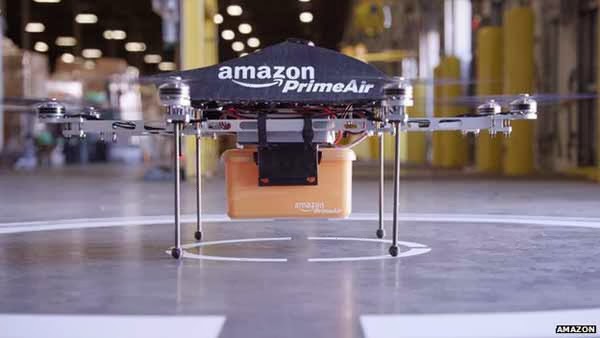 The drones, which would pick up items from Amazon’s distribution centers and fly them to customer’s homes, probably won’t be put into use for four or five years, Bezos said.