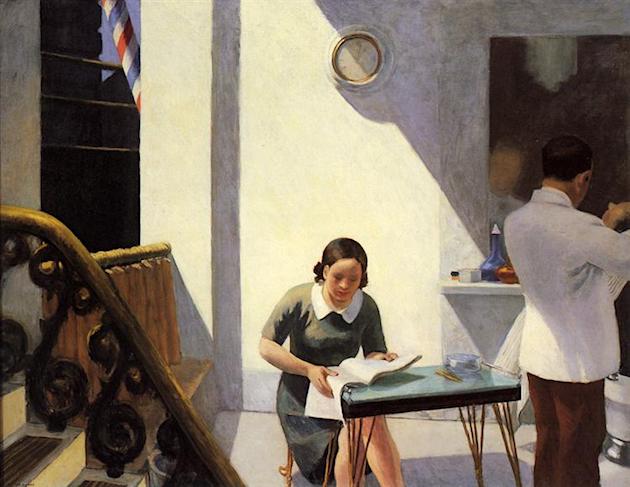 How their beloved neighbors see America, a comment by Automatic Earth commenter ByronBishop. I don’t think I need to add much. Took the title from a comment on the comment.

ByronBishop: I live in rural Canada and I do not have television, so my information on the American presidential election comes from newspapers and some online blogs. But what impresses me the most in this cycle is what good theatre it is!

It is my view that the choice for American voters is simply this: which collection of billionaires will run the country? The Democrats or Republicans? At root, their policies are not very different; their principal goal is to maintain and extend their privilege, and to continue to develop the legal and fiscal framework that supports their activities. This framework consists of, among other things, the following policies, and most crucially, broad public acceptance of the righteousness of these policies:

• To maintain very low taxes on income and capital gains, favourable treatment of dividend and interest income, and no inheritance tax

• In the financial manipulation field, improve public and regulatory acceptance of the attitude usefully articulated by JH Kuntsler as “nothing matters and anything goes”. This allows (among many other things) private equity firms to buy up useful and productive enterprises, strip out all the assets in fees and special dividends and through the sale of high-yield (and chancy) bonds, and to then release the debt-ridden hulk back into the marketplace to sink (mostly) or swim (rarely). Also supports share buybacks, collateralised debt instruments, relocation of factories to low-wage states and countries.

• Support the National Rifle Association, which is in fact an association of arms manufacturers and merchants with a noisy public relations arm consisting of private members defending their Second Amendment rights. Until forty years ago the Second Amendment right was the right to join a well-regulated militia, but now it is the right to have many expensive weapons in your house.

• Everyone must recognise that public healthcare is un-American. It is a moral issue: if you cannot afford healthcare you do not deserve it. Some of the highest paid executive teams in the US are in the healthcare field, while executive teams in Canadian and European countries are mostly paid on a civil service scale. Shareholders in American healthcare companies become very rich. Were healthcare to become nationalised like in Canada and most European nations, most of the private profit would be lost

• Large corporations must be permitted to manipulate share prices through buybacks and curious business practices (Boeing, the airlines), but must then be protected by bailouts if their business falters.

• The financialisation of the economy must be regulated as lightly as possible so that fees can continue to flow.

• Regulatory capture must be celebrated (under a different name). The two-way flow of personnel from regulated industries to regulatory government departments ensures that little impedes business development.

• To ensure that the courts at all levels are staffed with conservative, business-friendly judges.

I do not for a moment think that the billionaires and multi-millionaires conspire to run the American system. They are not a cabal; they do not meet. Rather, theirs is an emergent system: many individuals working towards their own goals will thus help others pursuing their own goals. It is like a flock of shorebirds wheeling and swooping in perfect unison; they are not directed, but they are simply responding to the actions of their neighbouring birds.

The billionaires achieve this through owning mainstream media companies, funding think tanks and policy research institutes, and supporting lobbyist groups and public relations shills. And they have been astonished , I am sure, to discover how cheaply they can buy the support of members of Congress. Chump-change donations to campaign funding pays off in spades. Lobbyists have language ready to drop in to any bill, to achieve corporate aims. That’s how emergency support of American workers became bailouts for cruise companies, who are based offshore and pay few American taxes.

And then members of Congress have to be made part of the investing class. For example, a fabulous oil & gas play is spun off into a Special Purpose Vehicle whose success is assured, and select politicians are invited to invest in it. If they cannot afford to purchase shares a private loan is arranged and documented and subsequently repaid, all above board. The company is spectacularly successful and the “investors” score big-time and repay any loans. Didn’t George W Bush succeed in an investment in professional sports in Texas, in a similar way? And by the way, how did Senate Majority Leader McConnell amass a self-declared net worth of $10 million after a lifetime of working as a civil servant at $200k per year?

All of the rest is theatre. In this election cycle the hot-button issues are access to abortion (again), racism and social justice (again), overseas wars, China as an economic threat, Russia! Russia! Russia!, voting systems and practices, and the age and personalities of the presidential candidates. All theatre. The billionaires don’t care about any of these things, as almost none of these things personally affect them. Safe and discreet abortion is always available somewhere in the world where private jets fly. Billionaires do not ever see people of different colour or status or class unless they choose to, and then only in circumstances they control. Russia and China are opportunities, not threats. And the presidential candidates can be influenced very cheaply. A Nevada casino magnate had the American embassy moved from Tel Aviv to Jerusalem for only $25 million in campaign donations to a notoriously cheap candidate.

The one thing that most amazes me is how the billionaires can continue to convince people to vote against their own best interests, whether economic interest, social interest or even national interest. At one time they used “race” quite openly, appealing to feelings of racial superiority or to fears of being electorally overwhelmed by “those people”, whether black or brown or oriental or poor. When openly racist campaigning became no longer acceptable, some genius concluded that “abortion” would make an excellent substitute, as it can combine all of the race and class issues and can bring in all of the family values baggage as well. Few other issues can motivate such a wide cross-section of the American public, and it can motivate people on either side of the issue. With so much focus on abortion who has time to worry about the domination of government by corporate interests?

Many commentators focus on the gross inequality of incomes and wealth in the USA, and a recent report by the Rand Corporation brings this in to clear focus. They analysed the growth in incomes across the entire working population of the USA for the period from the end of World War II to the present, and they found that up until 1975 or so the increase in general prosperity in the nation was shared equally across all income groups. Starting in the mid-1970’s however, most of the increase in prosperity was arrogated by the top income earners, so that the rich got richer and no-one else shared in the good times. The astonishing figure that the Rand researchers came up with was that the top 1% has actually taken all of the $50 trillion dollars in new wealth from everyone else in the 45 year period to 2020. There is a reason why so many people feel that the American Dream has passed them by – it’s because it actually has.

The usual remedy for this sort of gross inequality of power and wealth in society is revolution. The French Revolution comes to mind, but also the Russian Revolution. I wonder what was the root cause of the great social and political upheavals in Europe in 1848? (I can’t remember.) A less frequent remedy is the rise of a genuine populist movement, one that can actually re-distribute power (and thus wealth and opportunity). As Gwnne Dyer usefully says: populism is not an ideology, it is a technique. In America, I suspect that a true populist leader could only arise at the state level, and then from outside the two main parties.

If the current polarisation in American politics continues, the states may become the primary protector of social values (progressive or conservative) and the regulations that flow from them (access to abortion, gun rights and restrictions, access to health care, role of religion in public life, etc), and it may be that a true populist, charismatic leader can emerge and accrue the political power and authenticity to restrict the ability of the elites to organise state society. And that might spread, state by state. We outsiders can only hope that our fellow citizens in the USA can get their sh!t together at some point. Watching civil unrest unfold is no fun – I have cousins in America.

Support the Automatic Earth in virustime, election time, all the time. Click at the top of the sidebars for Paypal and Patreon.